Miami Beach is the place to be at night! Miami is one of the best cities in the world for nightlife, and most of the hottest clubs are located in trendy South Beach. If you are in the mood for drinking, dancing, and an all-night party, join the rich, famous, and beautiful at one of these South Beach nightclubs. Here are my Top Picks, in alphabetical order.

This legendary South Beach night club has been completely redesigned for the new millennium. It is considered a cut above the rest, with top-notch DJs from all over the world, and outstanding live rock concerts. Reserve a VIP table in advance for bottle service and the best view of the dance floor.

Located at the Fontainebleau Hotel in Miami Beach, LIV is a major player in the Miami party scene. The huge space, lavish design, and outrageous entertainment offered make it a real stand out among Miami clubs. It’s like going to Las Vegas without leaving Miami. 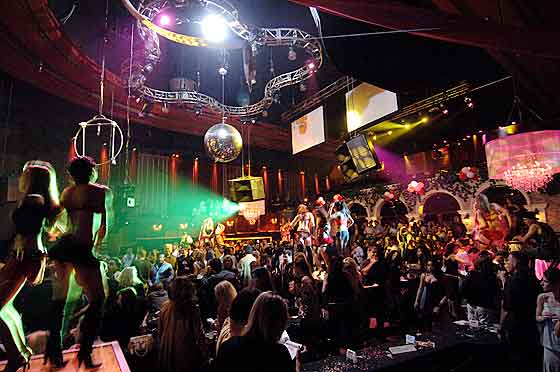 Actors, models, rock stars, and other celebs frequent this futuristic-themed lounge, making one of the most exclusive around. If you manage to get it, you’ll find a small but hopping dance floor, cool music, modular white couches to lounge on, and a long bar serving very expensive drinks.

The Miami New Times named Set Miami the “Best Dance Club” in 2009, noting the couches and tables designed for maximum alcohol consumption and minimal dancing. But that doesn’t stop clubgoers from dancing on top of the tables and bars. At the moment, it is also one of the best spots to hear the hottest DJs on the scene.

This open-air club transforms from an upscale restaurant during the day to a hot dance club and lounge at night. Located directly on the sand and under the palm-trees at the very tip of Ocean Drive, the white fabrics and wood décor make for a chic SoBe experience. The rich and beautiful crowd this place on weekend nights, when “anything goes.”