John Galliano was born in Gibraltar in 1960. In 1966 his family moved to London, where in 1984 he graduated from St Martin’s School of Art with a 1st class Honours Degree.

The maturity of talent evident in Galliano’s final year show was unprecedented. Inspired by the French Revolution, the Collection met with strong support from both buyers and press. Joan Burstein of Brown’s immediately placed the collection in the window of her boutique. John Galliano was launched.

Galliano continued to show in London until Spring / Summer 90 after which he began showing in Paris. He won the prestigious “Designer of the Year” with his Spring / Summer 88 collection inspired by the character of Blanche Dubois in ‘A Streetcar Named Desire’. Further accolades were to follow with the “Dress of the Year” award at the Bath Museum of Costume.

Inspired by Napoleon and Josephine, the romantic elegance now synonymous with the name of John Galliano became overwhelmingly evident in his Spring / Summer 92 collection.

After a break of one season and having moved to Paris, he returned with his Spring / Summer 93 ‘Olivia the Filibuster’ collection.

Galliano’s Autumn / Winter 94 – 95 collection was a significant change in his approach to fashion. Rather than producing a large collection, he decided to concentrate on a smaller ‘prêt-à-porter couture collection’, as termed by the press. A collection of such detail and elegance called for something finer than the traditional défilé. Galliano found the perfect setting in Sao Schlumberger’s Hotel  Particulier which helped to recreate the intimate, yet Grand Salon atmosphere of the 1950s, perfectly complimenting Galliano’s clothes.

John Galliano was awarded the prestigious British Designer of the Year Award for his Autumn / Winter 94 – 95 collection. It was the second time that he had received the accolade.

In July 1995 it was announced that John Galliano would be the new designer for the House of Givenchy, responsible for Haute-Couture and Prêt à porter. It was an appointment that reflected Galliano’s ability to renew the elegance of couture, while at the same time creating a completely modern style. 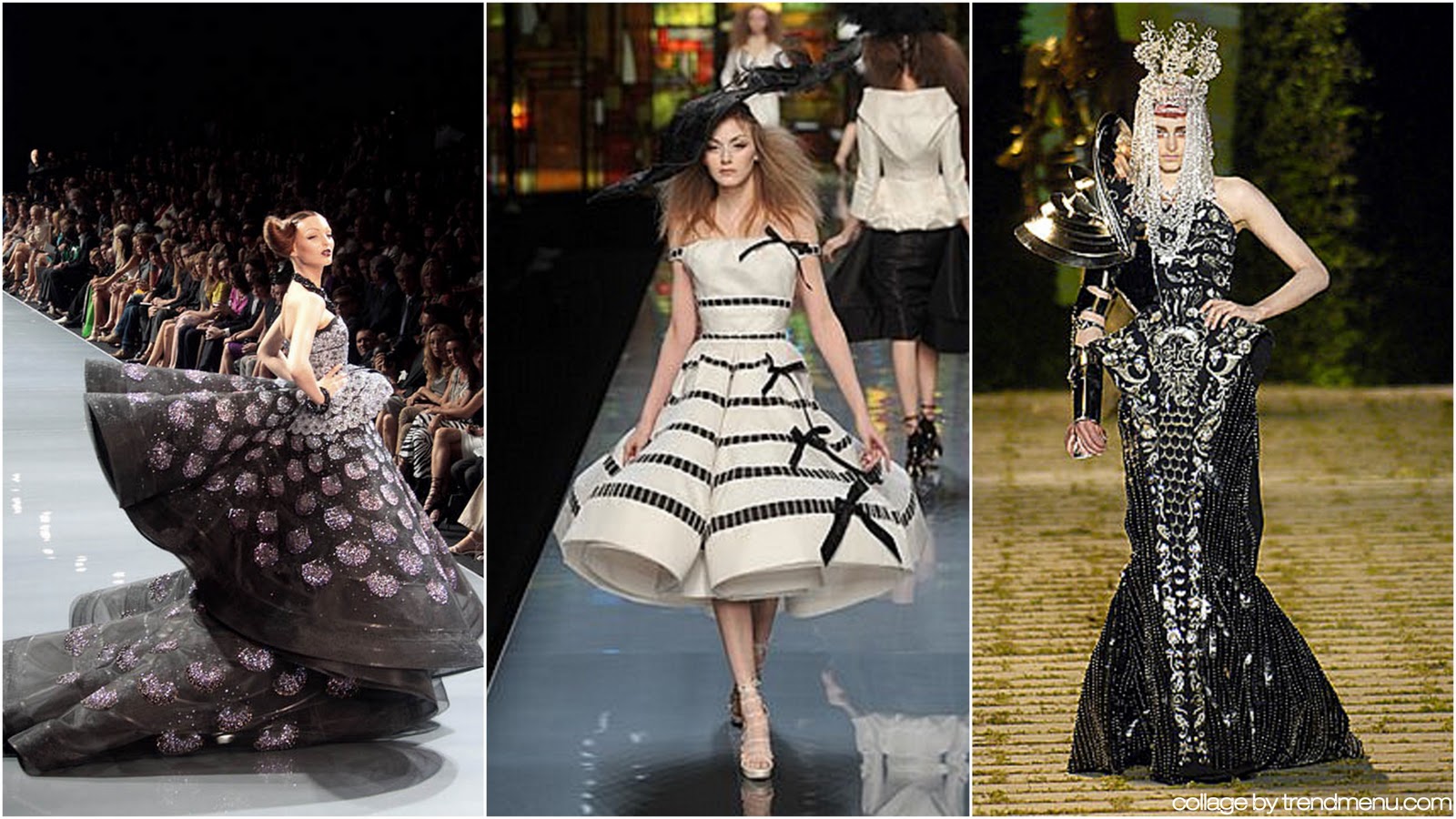 He showed his debut collection for the House of Givenchy – Haute Couture Spring / Summer 1996. Consisting of fifty outfits, he captured the spirit of Givenchy and infused it with his own vision.

It was announced after Galliano’s second prêt à porter collection for Givenchy that he was the new designer for the House of Christian Dior, responsible for both Haute Couture and Prêt à Porter, with his first collection, Spring / Summer 1997 Haute Couture, in January 1997.

Galliano was awarded the Oribe Award for Design by the prefecture of Gifu, Japan. The award celebrates design in all forms and was named after Futura Oribe, a warrior and master of the tea ceremony.

Galliano was awarded the 1997 British Designer Of The Year Award for an unprecedented fourth time and also won the VH1 1997 Fashion and Music award for Best Women’s Wear Designer.

He was also awarded America’s most prestigious fashion award – the CFDA’s 1998 International Award. The award was preceded by a Dior Haute Couture Spring / summer 1998 presentation.

The Galliano bag collection was launched during the week of the Haute Couture in 2000. It was a comprehensive collection that consisted of four lines covering both day and evening. It was the first accessories line to be launched by Galliano.  The shoe collection followed in summer of 2001.

In November 2001, John Galliano was invested as CBE (Commander of the British Empire) by the Queen at the BuckinghamPalace. 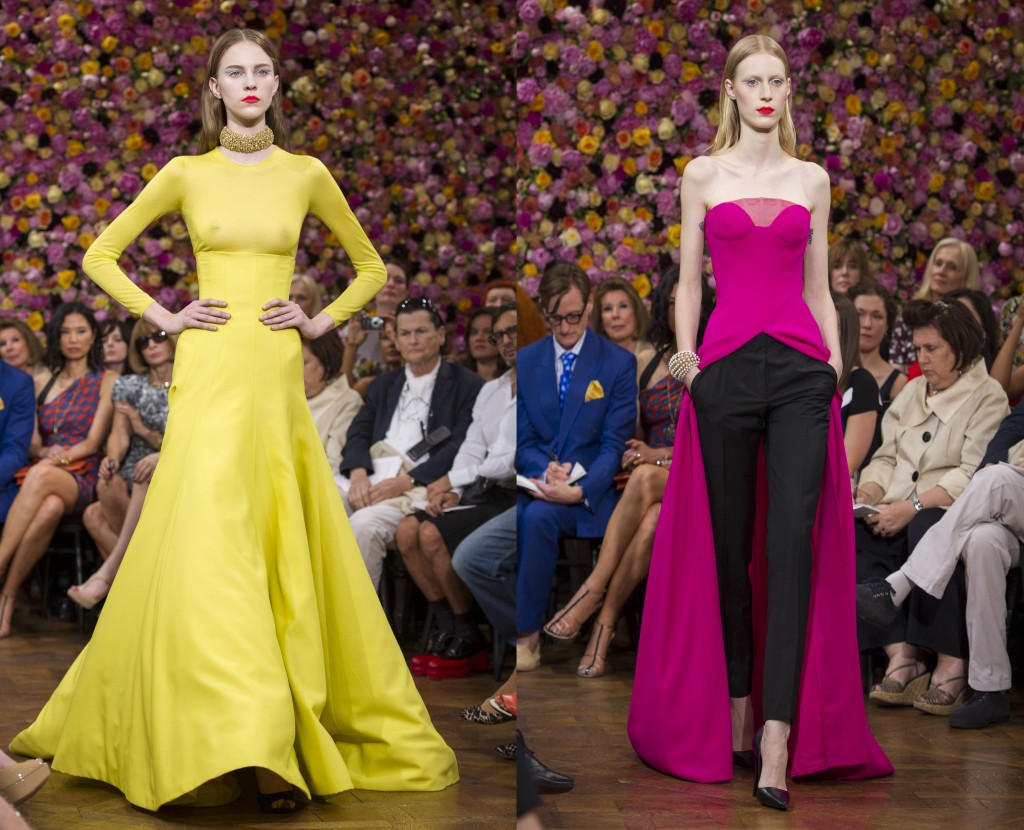 The lingerie collection was launched in January 2002. It was a natural progression for the designer as he was often inspired by the lingerie for his prêt-a-porter collections.

In May 2003, John Galliano opened his first boutique in Paris on rue Saint Honoré.  “Hi-tech romance” is the phrase that best describes the concept. The shop represents a mix of the savage and the refined, raw and polished, contemporary and historical, the contrasts that are often found in John Galliano collections.  The boutique is completely transparent and there is no shop window as such – the shop itself becomes the window.

The year 2003 also saw the launch of the menswear collection which has been an immediate success with both press and clients. First menswear show was presented in January of 2004. John Galliano continues to grow from strength to strength both in his eponymous line with more than 200 clients worldwide as well as at the house of Dior. The latest addition is a young line “galliano” produced in collaboration with Italian company Ittierre. This line is young and funky, very rock and roll, the essence of John.