Our 2013 travel photography competition kicks off with the theme of action – click through the gallery to see the winner. All of this year’s winning images will be printed and mounted by Point101, and displayed at the finalists’ exhibition at the Guardian’s offices in January 2014. The prize for the overall winner is an Arctic summer adventure to northern Canada, including polar bear and whale tours, courtesy of the Canadian Tourism Commission 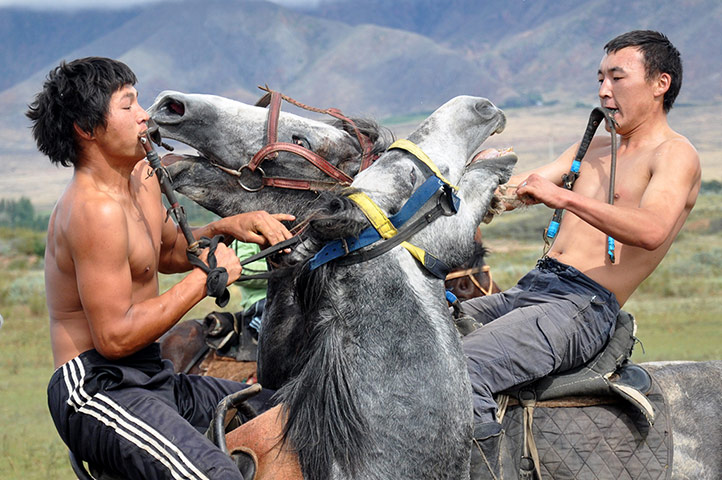 Nick White: In Kyrgyzstan, two buzkashi players and their horses clash. Buzkashi is similar to polo but it is played with a headless goat carcass, which players attempt to carry to their opponents’ goal before it is wrestled from their grasp. 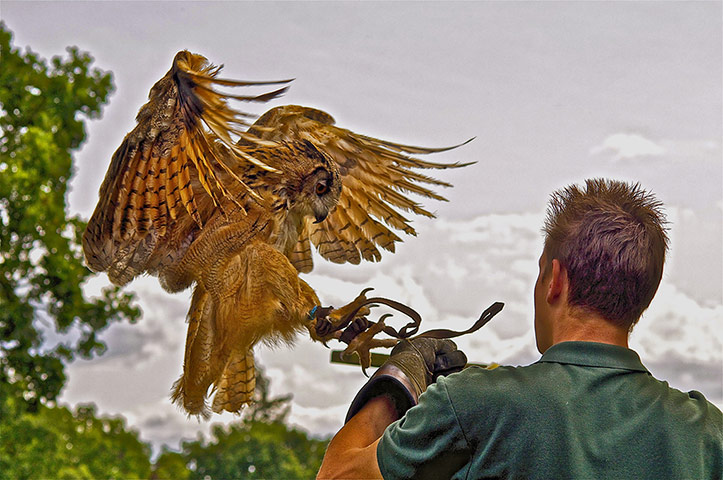 Marc Ehrenbold: The Birds of Prey Centre in Biggleswade, Bedfordshire, hosts an impressive collection of more than 200 birds. American bald eagles, European white storks, red kites, hawks and even pelicans are featured. Here an owl with talons extended lands on the gauntlet of a falconer during one of the flying displays. 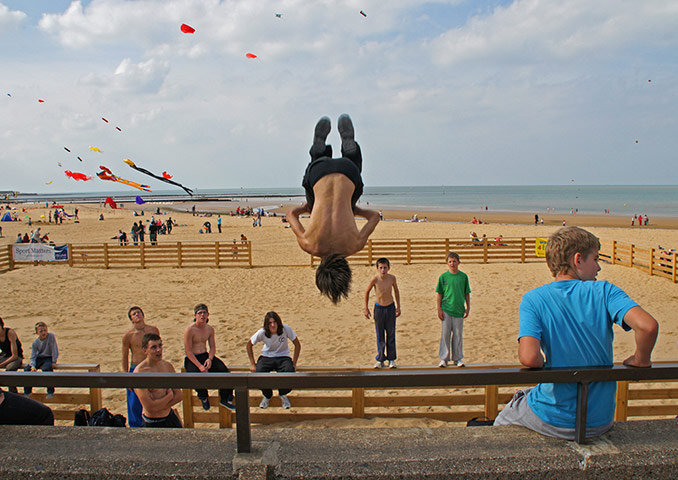 Justyna Pezik: I caught this traceur (a practitioner of parkour) spinning fast in the air against the beautiful early autumn sky full of colourful kites in Margate. It was such a fabulous jump from the promenade’s wall onto beach sand and everyone who was watching this brave young man admired how incredibly high he jumped. I saw a lot other jumpers that day but no one did it as well as this one. 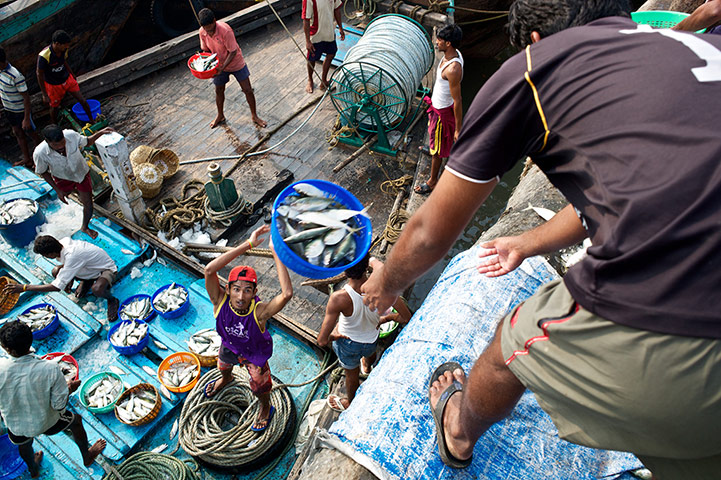 Jim Grover: This is the Mumbai docks where every morning they unload the night’s catch by tossing baskets of fresh fish up to the quay above.  Somehow nothing ever gets dropped. It’s fun to watch – although you have to keep out of the way! 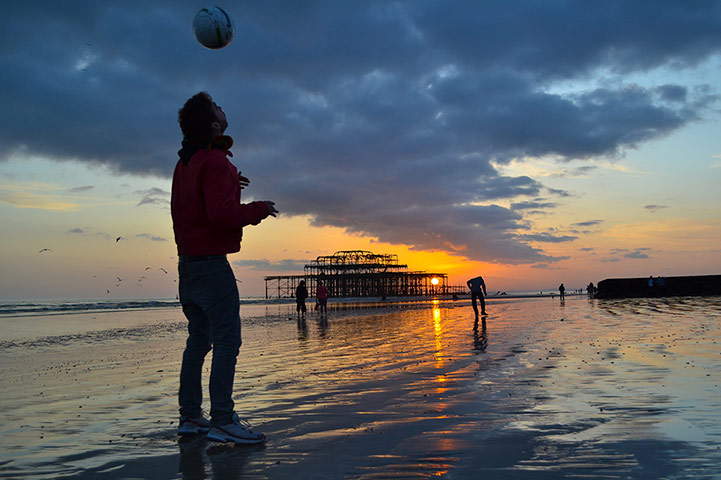 Sam Howard: In Brighton, the beach and promenade is where all the action happens. I captured Italian Fran showing off his footy skills on the beach among a flurry of seagulls and people taking a walk. 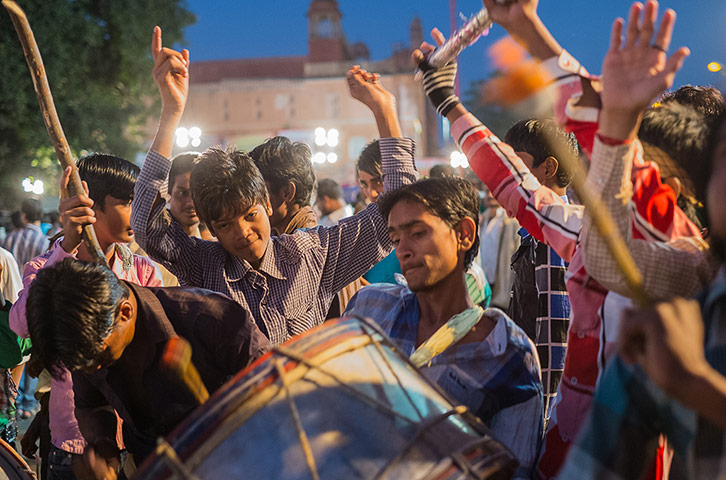 Tim Bird: I was advised not to go near Jaipur in Rajasthan, India, for the start of the Muslim Muharram festival. I took the plunge just the same, emerging later from a crowd of crazed young drummers with my ears throbbing and minus my hat, which the kids took from my head and proceeded to dance on until it was flattened. I set the camera to its widest aperture and went in close – this is one of the best shots – worth the price of a hat. 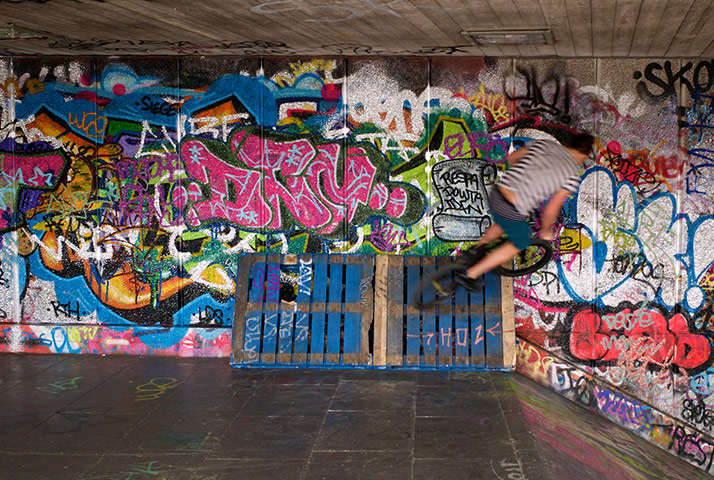 Marika Chalkiadis: This photo was taken on a sunny day on London’s South Bank. The colours of the graffiti were strikingly vivid and are complemented by the equally colourful and patterned clothes of the dare-devilish bikers. This rider is actually going backwards, not forwards as the photo might suggest. 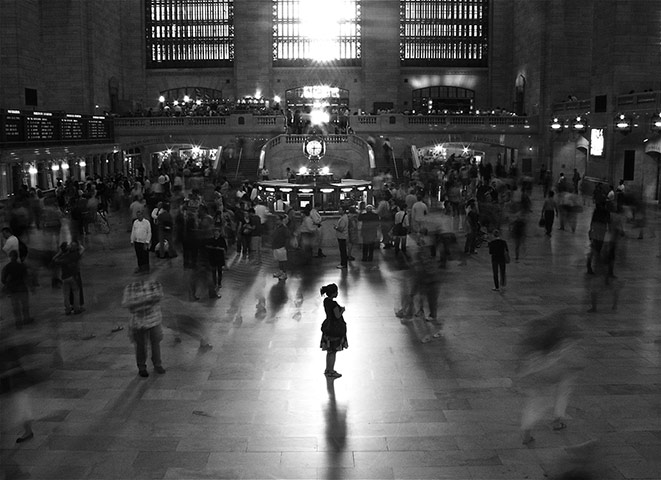 Will Mawby, runner-up: I took this in New York’s iconic Grand Central station. I stood for a while, taking in the beautiful atrium and atmosphere. The sun was streaming through the windows reflecting off different surfaces giving the shot, I think, a surreal quality. The lady in the centre is reading the departure board. She had no idea the picture was being taken but made a great subject, choosing a perfect place to stand. She really accentuates the busy scene.