From tiaras to rings, wealthy connoisseurs have spared no expense buying up the most expensive jewelry. While some people could care less how many karets they have on their finger, there are those that would literally kill to have the biggest “rock”.

Actually archaeologists have shown that humans have been creating and wearing jewelry for thousands of years.

When it comes to luxury jewelry, most of us envision royalty or celebrities covered in an array of silver, gold and gemstones. Most of the jewelry market are directed at women.

Many of the jewels that ClubDelux listed for you were sold at the world’s biggest auction houses, have impressive histories and famous owners.

These are the most expensive pieces of jewelry in the world. 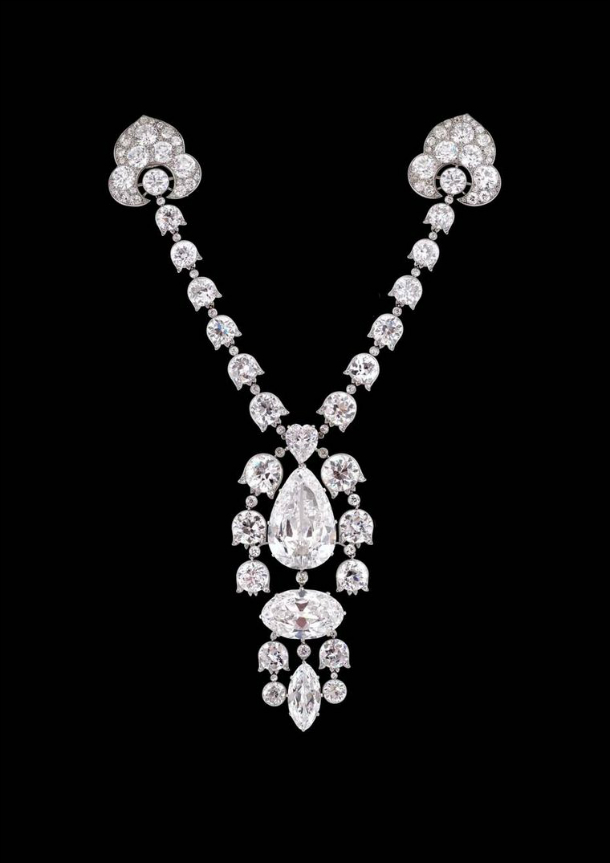 Officially known as “a Belle Epoque Diamond Devant-De-Corsage Brooch by Cartier,” we’ll stick with the shorter and simpler title for now. This creation, as you’d expect from the title is composed of a lot of high quality diamonds. It was created at the Henri Picq workshop in Paris in 1912. The main features of this brooch are three large stones. The largest is a pear-shaped diamond weighing in at just over 34 carats. This is complemented by an oval-shaped diamond of 23.55 carats and a smaller marquise-shaped diamond of 6.51 carats.

According to experts, fewer than 10% of pink diamonds weigh more than 0.20. That helps explain why a bidder at Christie’s auction house in Hong Kong was willing to pay $23.2 million for a 14.23 carat diamond known simply as the Perfect Pink. In terms of size and color purity, the Perfect Pink lives up to its name and holds the record for the most expensive piece of jewelry sold at auction in Asia. 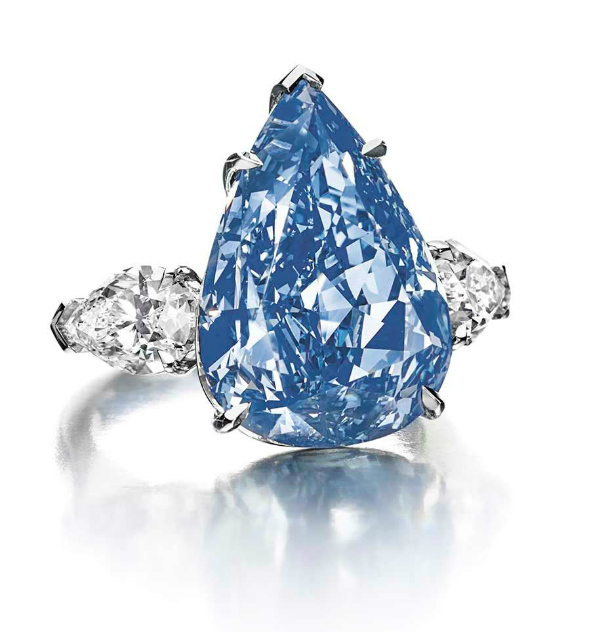 With 13.22 carats, this piece was actually marketed and sold as an engagement ring. Before 2014, only a handful of blue diamonds weighing between 10 and 12 carats had ever been sold at auction. So, when this 13+ carat monster came across the auction block at Christie’s in Geneva, it was believed it would bring in at least $21 million. 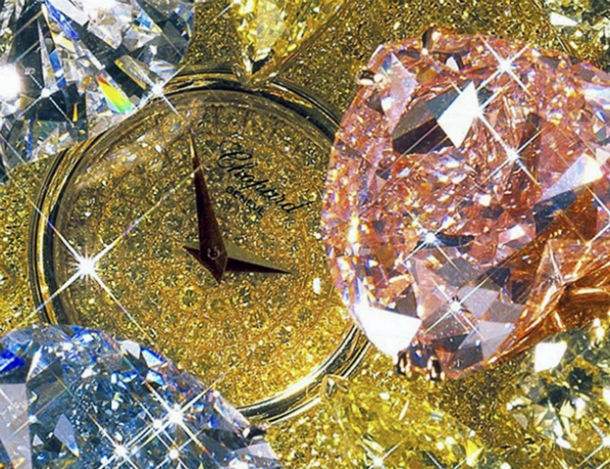 It is technically a watch but one look at this Chopard creation and you’ll understand why we placed it in an article about jewelry. Known for their luxury watches, Chopard combines their expertise with time-pieces and their other specialty – jewelry – to create this interesting piece. In total, there are 874 diamonds of various size with the largest coming in at 15 carats. Adding that little extra wow factor is the mechanism which makes the largest three diamonds move apart, revealing the watch underneath. Needless to say, it’s unlikely the buyer purchased this jewelry for the high quality time-piece buried beneath the mountain of diamonds.

The Hutton-Mdivani Jadeite necklace is a Cartier piece and has been in the possession of some famous people over the years. Some of the more notable wearers included Woolworth heiress Barbara Hutton and Princess Nina Mdivina. The necklace itself is composed of 27 emerald green jadeite beads. The finishing touch is provided by a ruby, diamond, platinum and gold clasp to secure the necklace around the wearer’s neck.

It’s not made of fabric, it doesn’t leave much to the imagination and you probably wouldn’t wear this jewelry into the water. Of course, we are talking about the $30 million diamond bikini. Designed by Susan Rosen, this ‘bikini’ is made up of 150 carats worth of diamonds which are set in platinum.

SEE ALSO Behind The Scenes Of A Dior Bag Production 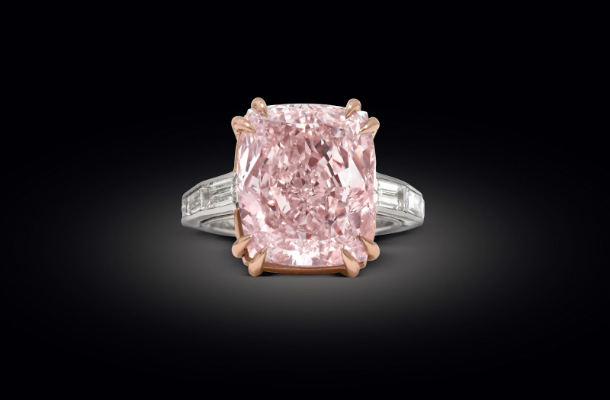 The diamond was formerly owned by jeweler Harry Winston. This beauty set the record for most expensive single jewel ever sold at auction. Laurence Graff renamed it “The Graff Pink.” 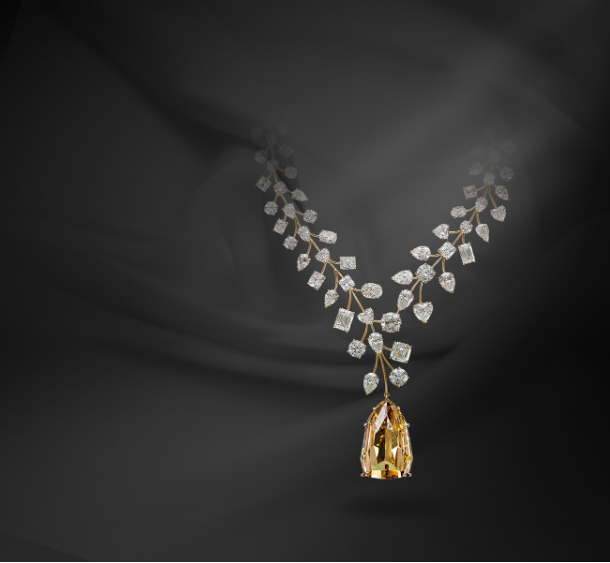 Created by the famed Mouawad firm, the L’Incomparable Diamond Necklace is the most valuable necklace in the world and features the world’s largest internally flawless diamond with 407.48-carat of incomparable diamonds. Complementing the massive yellow diamond are 230 carats worth of smaller diamonds.

The Wittelsbach-Graff is a controverse diamond. Actually the first gem-stone started as a 35.56-carat deep blue diamond, but in 2008, London jeweller Laurence Graff bought the expensive diamond for $23.4 million and immediately went about altering it. Graff removed nearly 4.5 carats from the blue diamond which actually ended up enhancing its clarity and value and in 2011, it was reported that he has sold the Wittelsbach-Graff diamond to a member of the Qatari royal family for $80 million. 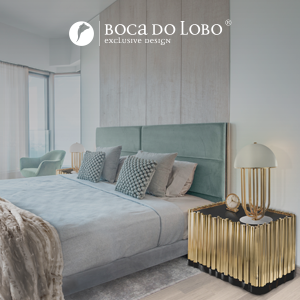